Outpatient eye-care waiting lists continued to increase in 2019, as Optometrists today called for a greater role in providing public eye-care.

“Major delays in diagnosis and treatment are compromising eye health throughout the country. In the South West people can be waiting up to five years for Cataract surgery.

“There are 700 community based Optometrists across Ireland who are trained, skilled and have the necessary equipment to make better public eye-care available.

“We have an unsustainable over-reliance on providing public eye-care in Hospitals and HSE Clinics which clearly do not have the capacity to meet demand.

AOI is calling for public eye-care services which Optometrists can provide to be increased including a new ‘National Children’s Eye-care Programme’, which is Optometrist led and ‘National Roll-out’ of the Sligo Post Cataract Scheme.

The ‘Sligo Scheme’ is a proven approach being delivered in the North West. It involves greater collaboration between Sligo hospital and Optometrists – and the region has the shortest waiting time for Cataract Surgery (which accounts for a significant volume of the capacity problems).

It is also 50% less expensive to provide appointments in the local community at an Optometrist than in Hospitals and AOI has shown how waiting times can be eliminated while saving up to €32m.

Mr. McCrave highlighted the impact poor services are having on people. “Loss of vision impacts greatly on independent living and can lead to the need for carers, care homes, mental health services and unemployment benefits.

“Delivering more public eye-care in the community, including a greater role for Optometrists, would greatly improve eye health in Ireland. It would bring Ireland into line with services in other European countries and put in place a sustainable model of care for the future.” 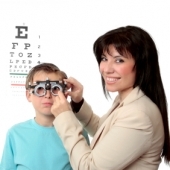 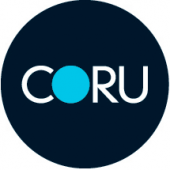